Today it’s Arnaud DESPRES who has the honor of producing the wine and marketing it around the world. 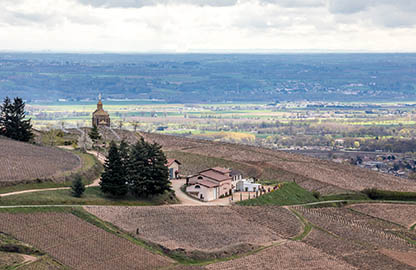 The domain covers 17 hectares. It takes its name from the small chapel erected at the top of the hill overlooking the village of Fleurie. Topped with a statue of the Virgin, it dates from 1866 and was built by winegrowers to protect the vines against powdery mildew (vine disease). The vines established on this hill bear the name of classified climate "Madone". Arnaud's great great grandfather was among the winegrowers who hoisted the statue to the top with the help of their oxen.

Major part of the domain, with a steep slope, requires artisanal and manual cultivation. 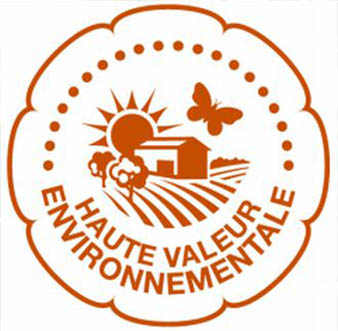 The vines are cultivated so as to favor quality while respecting the environment. Major efforts are currently being made in order to improve the ripening of the grapes and increase biodiversity. The estate is now certified High Environmental Value (HVE level 3)

The grapes are manually harvested by around thirty pickers and are rigorously sorted to keep the ripest and healthiest. Arnaud Despres vinifies his wine traditionally and in accordance with the ancestral rules of the appellation, bringing out the terroir and the fruit. This allows him to obtain a fruity and aging wine. After aging in tanks or barrels for 6 months to 2 years depending on the vintage, the wine is estate-bottled.

The family estate expanded since 2005 with the acquisition of "DOMAINE DU NIAGARA", 5 hectares which belonged to Arnaud's great grandfather.

This vineyard is located on the heights of the Fleurie appellation. It faces south and is sunny all day. Some vines are over 80 years old. 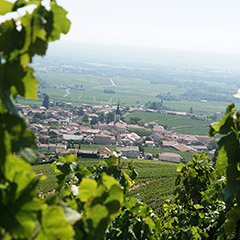 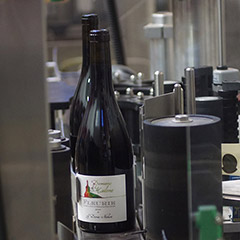 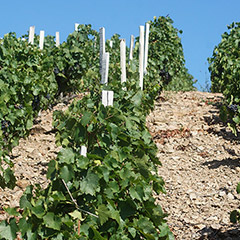 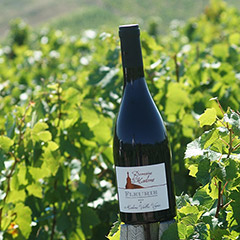 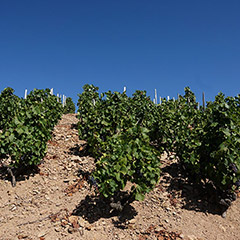 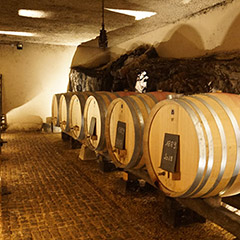 An entire working year can be wiped out in a few seconds by a hailstorm, sometimes destroying the entire crop. For this reason, in 1911, two inventors decided to erect enormous electric pylons in the Beaujolais area, as well as in other regions of France. Inevitably, the best known of these was the Eiffel Tower, which was similarly equipped.

These pylons were intended to prevent the formation of hailstones by neutralizing the electricity held in thunder-clouds or, if already formed, making them fall softly without force. The pylons allowed electric charges from the earth to dissipate in large quantities into the atmosphere, thus neutralizing those in the clouds.

A considerable sum was invested in these pylons, which rose to an impressive (at that time) 40 meters in height, and so the system was named « NIAGARA » by its inventors. In the language of the time, the term Niagara indicated something grandiose by comparing itself with the famous waterfalls.

Having cost a great deal to erect, and having yielded poor results, the Niagara pylons were dismantled in 1921. The pylon has now long gone from the estate, undoubtedly for the better, leaving only the name to describe the grandiose beauty of the site itself.

You can prepare your purchase order directly online

You have a question ?